Just like the growing popularity with craft brews, the liquor industry is seeing an increased affinity for Flavored Malt Beverages (FMBs). So, what exactly are these tasty refreshments? FMBs are alcoholic beverages which by regulation must be made of 25 percent malt and 7.5 pounds of hops per 100 finished product barrels. Through processing, as much malt, flavor, and color as possible is removed (characteristics which are typical of beer) before different flavorings and colorings are added.

Consumers aren’t the only beneficiaries of the increased demand. With the rapid rise in popularity for FMBs, manufacturers are developing new and faster ways to process, package and distribute this delicious elixir. Adaptec Solutions approached Alba to provide a pallet conveyance solution for a food and beverage distributor.

This solution involved robotic palletization of cases of these beverages. The system needed to separate pallets and palletize four different beverage flavors. Alba worked with Adaptec to provide the pallet conveyor to convey stacks of empty pallets to be separated into single pallets and then conveyed to the palletizing robot. Once palletized, the conveyor moved full pallets to be picked up for shipping. 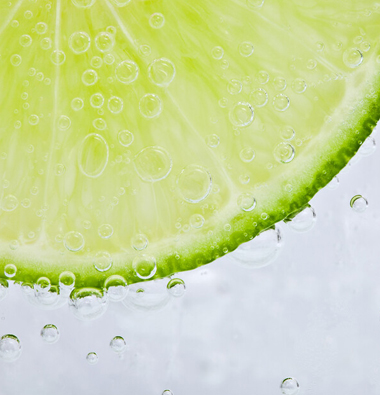 The overall pallet conveyor along with the Adaptec provided case conveyor helped to improve overall production rates, eliminated ergonomic concerns, and increased profitability for the distributor. The conveyor system ran at 16 pallets per hour or one pallet every 3.75 minutes.

For more information regarding this application/solution, please contact us via phone at 866.252.2634; via web at www.albamfg.com or via email at RockSolidConveyor@albamfg.com.